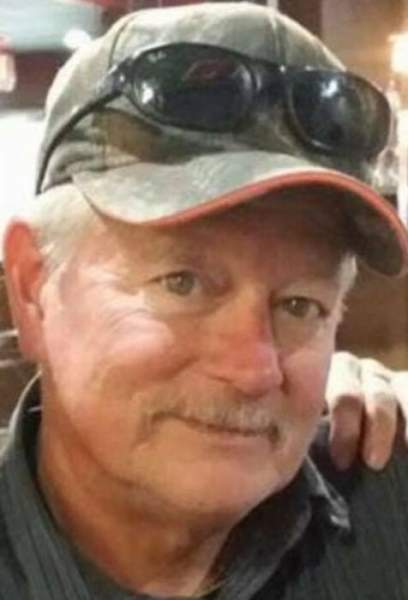 William (Bill) Sisson was born to Dean and Barbara Sisson on March, 23, 1954 in Hutchinson, Kansas. He went to be with his Heavenly Father on October 3, 2020 at the young age of 66 at Wesley Hospital, Wichita, KS, surrounded by his wife and children.

Bill grew up in Hutchinson until his family moved to Inman right after his 10th birthday where he resided for the remainder of his life. Upon graduating from Inman High School in 1972 he continued his education at Dodge City Community College where he graduated with an Associates Degree and many fond memories.

When he came back to Inman after college he worked at the Inman Lumber Yard. During this time he met and fell in love with his wife Debra (Nikkel) Sisson. They married on October 10, 1976. Bill was a devoted father to Christopher Sisson (Marla), Jessica Rall (Brian), Nicole McClellan (Bryan) and Poppy to six beautiful grandchildren; Ibis and Elias Sisson, Barron and Briley (Boo) Rall, and Korbyn and Kora McClellan. Bill is proceeded in death by his father, Dean Sisson. Bill is survived by his mother, Barbara Sisson of Inman, brother Jerry Sisson (Ruth) of Inman, and sister Teri Sisson of Oklahoma City and many more relatives and friends.

Bill had many hobbies throughout his life. He loved to go fishing no matter the location, played on a men’s slow pitch softball team for many years, and loved butchering with his buddies Mark and Wayne. One of his proudest roles in the community was as the softball coach for 20 years at Inman High School and coaching numerous youth sports team.

Bill never knew a stranger, was your friend once he knew you and could make you laugh at the drop of a hat with one of his jokes. If he wasn’t at home doing different projects around the house, you could find him up at Deb’s hair salon, at some sort of practice or game for his grandchildren, or talking it up with one of his many friends around town.

He retired from Arconic in 2019. In his retirement, him and Deb were able to enjoy several trips to their favorite vacation spot, Branson. When one his of kids called needing help on a project, he would be there for them. Same went for his grandkids and any family/friends that needed a helping hand.

Bill touched the lives of many people throughout his life and it is evident by all the memories people have shared. Although our time was cut short with him, we are thankful for the time we did have and all the memories we were able to create. He will be missed greatly by many.

Viewing will be held from 4-7 on Friday, October 9, 2020 at Inman Funeral Home.  Family will receive friends from 5-7 that evening.  Funeral services will be held at 11:00 am on Saturday, October 10, 2020 at Bethel Mennonite Church, Inman.  There will be overflow rooms set up at the church for those who wish to social distance.  The service will also be live streamed on the Inman Funeral Home Facebook page.  Memorial contributions may be made  to the Bill Sisson softball/baseball Memorial Scholarship Fund in care of Inman Funeral Home.  To leave a condolence for the family, visit www.inmanfh.com.

To order memorial trees or send flowers to the family in memory of William "Bill" Dean Sisson, please visit our flower store.