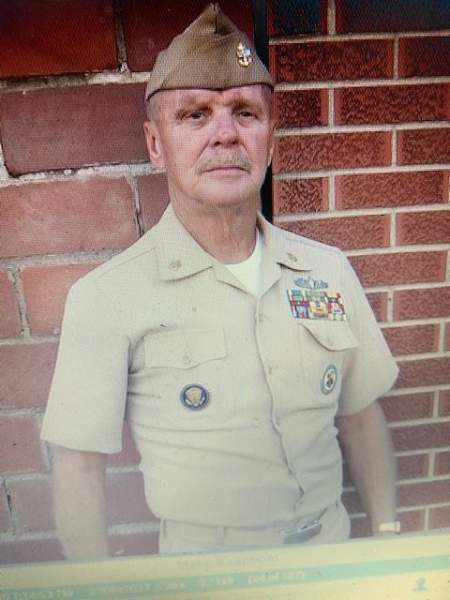 On December 27, 1972, he married Darlene Zook.  Together they had two children, Jesse and Jenny.

During his 24 years of service in the Navy, his shore duty assignments were in San Francisco, CA, Thurmont, MD, Holy Lock, Scotland, Cutler, ME, New Orleans, LA, and Sigonella, Sicily.

His sea duty consisted of service on several ships, the USS Midway, the USS Folton, the USS America, and the USS Mt. Whitney.  He also served in Vietnam from 1971 to 1972.

After retiring from the Navy in 1993, he worked on the family farm.  He then bought the Barbershop in Inman and cut hair there until 2016.  He also

was a rural route mail carrier for the Post Office in Inman. He also was the president of the Inman Area Veterans Association for many years.

He is preceded in death by his parents and grandparents; brother Eugene; sister in law, Dianne; and nephew Daniel.

Cremation has taken place. Graveside memorial services will be held 11:00 a.m., Monday, August 10, 2020 at North Inman Cemetery, with Pastor Dennis Ureche presiding.  If you plan to attend, please bring a chair for your comfort and a wear a mask if you feel more comfortable. The memorial service will be live streamed on Inman Funeral Home’s Facebook page.  Memorial contributions are suggested to the VFW in McPherson or the American Legion, both in McPherson, Kindred Hospice, or St. Peter’s United Church of Christ, Inman, all in care of Inman Funeral Home; PO Box 490, Inman, KS, 67546.  Please visit www.inmanfh.com to leave your condolences.

To order memorial trees or send flowers to the family in memory of SHC (SW) Steven M. Buller, please visit our flower store.