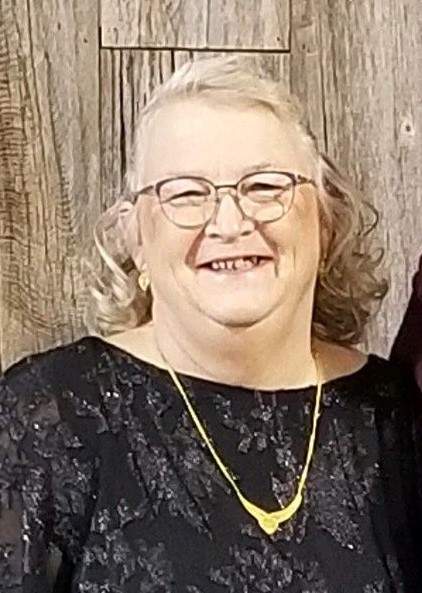 Sandra Lee Rachel Beckler, 65, passed away December 9, 2020 at the Kansas Medical Center, Andover, Kansas.  She was born May 7, 1955 in Faulkton, SD, the daughter of Clarence and Marcella Peterson.  She was a graduate of Faulkton High School.  A resident of Hutchinson since 1997, she was a dietician.
Sandra was a member of Crossroads Christian Church, Hutchinson and the American Legion Auxiliary.  She loved collecting angels, gardening and baking with her grandchildren.  Everyone was family to Sandra.

She was preceded in death by her parents and a brother, John Singleton.

Visitation will be held from 4-6 PM Sunday, December 13, 2020 with family present at Inman Funeral Home.  Funeral services will be held at 10:00 AM Monday, December 14, 2020 at Crossroads Christian Church, Hutchinson.  Masks are asked to be worn. The service will be live-streamed on the Inman Funeral Home Facebook page.  Burial will follow at Memorial Park Cemetery. Memorial contributions may be made to the Crossroad Christian Church Missions fund in care of the funeral home.  To leave a condolence for the family, visit:  www.inmanfh.com.

To order memorial trees or send flowers to the family in memory of Sandra Lee Rachel Beckler, please visit our flower store.