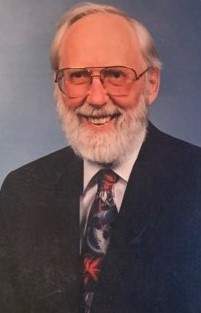 Roy Lee Harder, 88, passed away peacefully December 14, 2020, at Pleasant View Home.  He was born February 7, 1932, in Little River, the son of Lawrence and Emma Straus Harder.  A graduate of Inman High School, he served his country in Korea before receiving his Masters in Engineering from Kansas State University.  He was an engineer for Cessna, Boeing, and other aviation companies, and a member of Central Community Church of God, Wichita. Roy Harder enjoyed square dancing and was a philanthropist.

He was preceded in death by his parents; a brother, Willis Harder; and a sister, Marcia Bengston.

The family will receive friends from 10-noon on Monday, December 21, 2020, at Inman Funeral Home.   A private family graveside will take place at a later date.  Memorials may be made to Central Community Church of God, Wichita, in care of the funeral home.

To order memorial trees or send flowers to the family in memory of Roy Lee Harder, please visit our flower store.