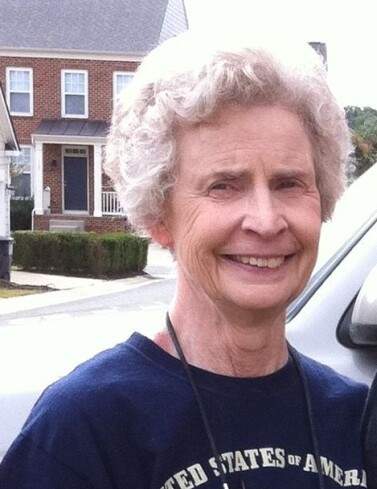 Patricia J. Moore Schultz, 84, passed away March 9, 2021, at Pleasant View Home, Inman.  She was born December 16, 1936, in Emporia, Kansas, the daughter of Amos Augustus and Cara Odena Newman Moore.  She was a 1955 graduate of Hutchinson High School.  Pat had worked for the CIA for 22 years in We’ll never know, Virginia.  Moving to Hutchinson in 2000, her favorite job for 12 years was serving in several capacities at Johnson and Sons Funeral Home/Penwell-Gabel Funeral Home, where she quickly became a staff favorite.  Pat was a member of the National Society of Washington Family Descendants, loved to go to museums and all places historical. Over the years, Pat took great joy in her dogs, cats, and horses.

Cremation is planned.  Graveside inurnment for Pat and her husband Ed will be held at 11:00 am, Saturday, March 27, 2021, at Memorial Park Cemetery, Hutchinson.  Friends may sign the book from 9 AM to 7 PM Friday, March 26th at Inman Funeral Home.  Services will be live-streamed on Inman Funeral Home’s Facebook page.   A celebration of life meal will follow at the Anchor Inn.

Memorial contributions may be made to Serenity Home Healthcare, Friends of the Animals Rice County, or Hutchinson Meals on Wheels, all in care of Inman Funeral Home.  To leave a message for the family, visit: inmanfh.com.

To order memorial trees or send flowers to the family in memory of Patricia Schultz, please visit our flower store.