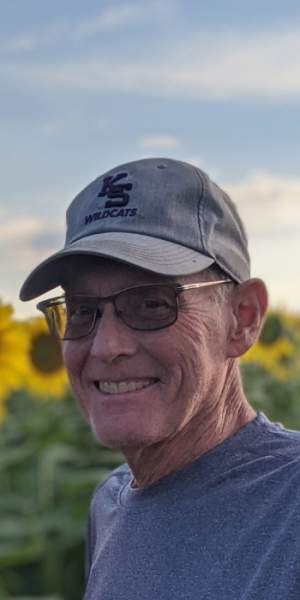 Loren D. Postier, 65, passed away at home with his wife by his side on December 3, 2020.  He was born October 16, 1955 in Hutchinson, the son of Lynn and Lenore Stansel Postier.  He was a graduate of Inman High School and had received his Bachelor’s degree in agriculture from K- State University.  A resident of Inman most of his life, he was a farmer.  He attended St. Peter’s United Church of Christ.

Other survivors include his mother; two children, Greg Postier and Lori Elwonger; four step-children, Bryan, Micah, Drew, and Emily Moffitt; a brother, Lowel Postier;  7 step-grandchildren; and a host of friends.

He was preceded in death by his father and his first wife, Carlene Postier.

Per Loren’s wishes, cremation has taken place.  A memorial service will be held at 10:00 AM Saturday, December 12, 2020 at Inman Funeral Home.  Masks will be mandatory and social distancing will be observed.  The service will also be live-streamed on the Inman Funeral Home Facebook page.  Memorial contributions may be made to Kindred Hospice or St. Peter’s United Church of Christ, in care of the funeral home.  To leave a message for the family, visit: www.inmanfh.com.

To order memorial trees or send flowers to the family in memory of Loren D Postier, please visit our flower store.