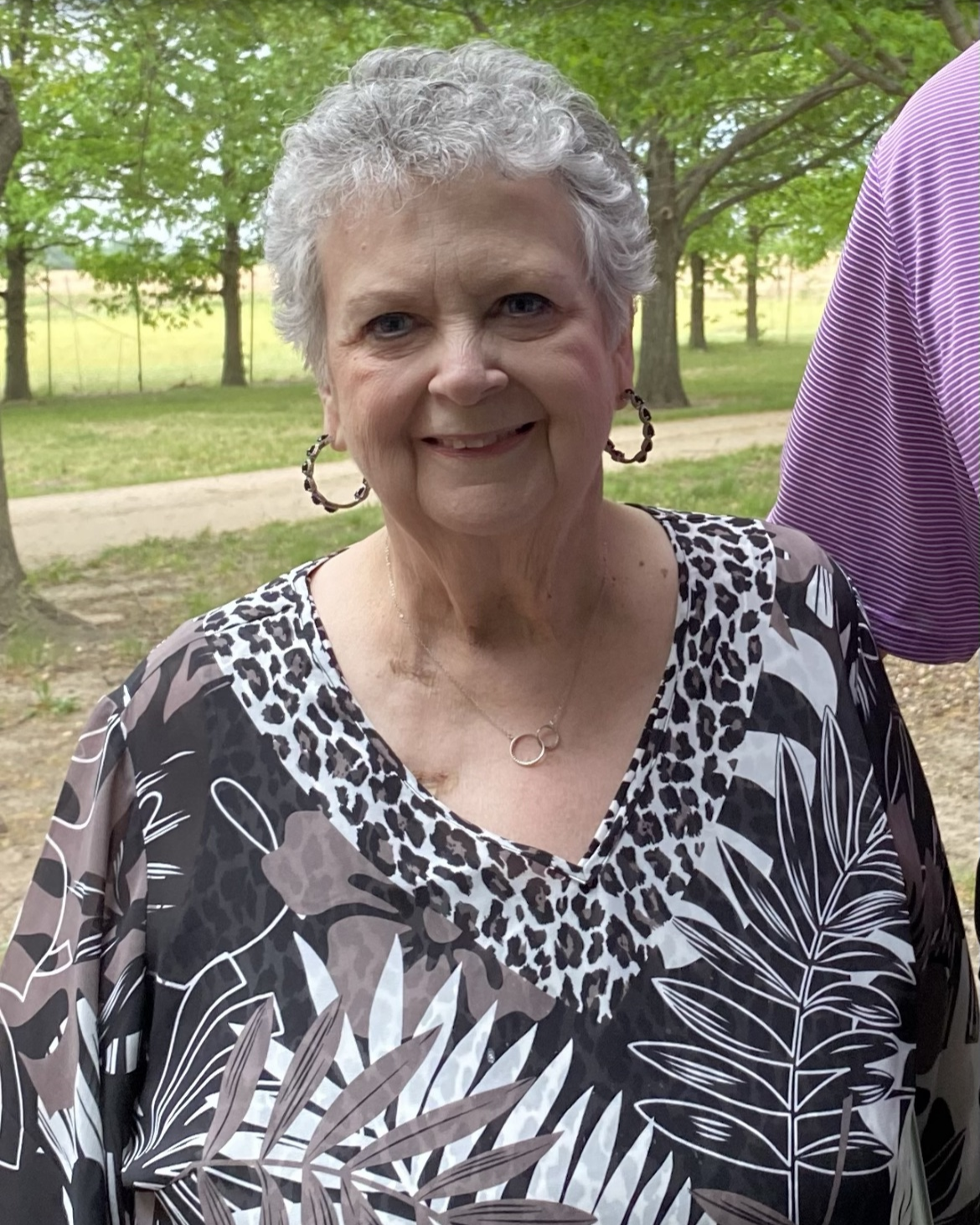 Joan Irene (Stucky) Goering, 70, of Inman, Kansas passed away November 5th at Pleasant View Home after a battle with cancer.

Joan was born August of 1952 in Newton to Winton and Irene Stucky. She grew up behind the counter of her family's grocery business in the Hesston and Moundridge communities. She graduated from Moundridge High School in 1970 where she met her high school sweetheart Russell Goering.

In August of 1971, Joan was united in marriage to Russell in Moundridge. They resided in Manhattan, Lost Springs and Newton prior to moving to Inman in 1980. In 1989 they adopted their son Drew and in 1994 their daughter Mikayla, both from Guatemala. In 2022, Joan and Russ celebrated their 50th Wedding Anniversary with their family.

Joan had a front row seat to countless sporting events as a coach’s wife. She would be in the stands cheering on the teams both at Centre High School for five years and for over 40 years at Inman High School. She also spent time working as the IHS Secretary when Russ and her first moved to Inman.

She was grateful to work with many farmers and insurance agents across South Central Kansas during her career in crop insurance. Her most treasured job was being a mother. She always had the right words to say, enjoyed celebrating the Christmas season and instilled a strong faith within her family.  She was a member of Grace Bible Church in Hutchinson and was a former member of Bethel Mennonite Church in Inman.

Preceding her in death were her parents, and other close aunts and uncles.

Joan had a difficult fight with cancer yet she held a positive attitude during that time. Even though she struggled she continued to think of others before herself. The family wants to acknowledge and thank the care team members of: Traditions Health, Pleasant View Home, The Cancer Center of Kansas, Partners in Family Care, Dr. James Ratzloff, and Dr. Seth Page.

While Joan’s smile, caring nature and genuine friendship will be missed, we know she is pain-free enjoying her mansion in the sky.

A viewing with the family present will be held from 6-8 PM PM Wednesday, November 9, 2022, at Inman Funeral Home, 312 E. Center, Inman. Funeral services will be held at 10:00 AM, Thursday, November 10, 2022, at Grace Bible Church, Hutchinson. There will be a meal immediately following the graveside at Grace Bible Church and all are invited.  The funeral service will be live streamed on the Inman Funeral Home Facebook page.  Burial will follow at Inman North Cemetery.

To order memorial trees or send flowers to the family in memory of Joan Irene Goering, please visit our flower store.