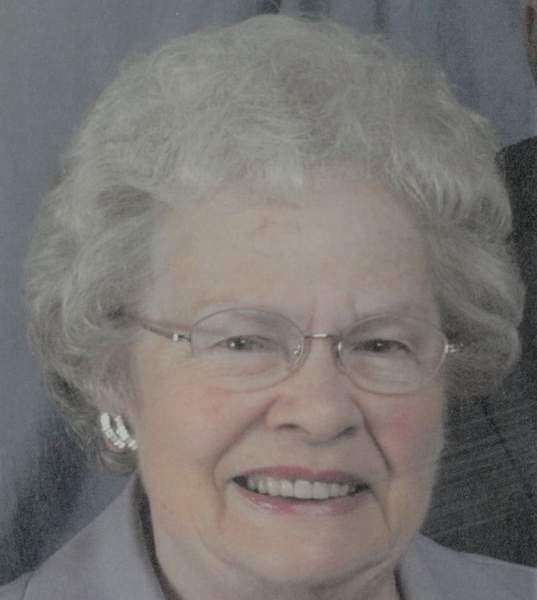 She was born on October 11, 1936, on a farm near Lushton, Nebraska, the daughter of Henry F. and Agnes Wall Penner, the youngest of four children. She attended a one room country school for five years and graduated from Henderson High School, Nebraska, in 1954. Jane went on to attend Grace Bible Institute, Nebraska, for one year and then transferred to Sterling College, Kansas, where she graduated in 1958 with a Bachelor of Arts in Elementary Education.
Jane met Harvey Toews at Inman Mennonite Church and they were married on April 22, 1960. He passed away on August 8, 2018 after sharing 58 wonderful years together.
It was always her desire to teach school, especially the little children, and this is what she did for 30 years, 27 of which were in Marquette and Lindsborg, Kansas.
Serving the church was an important part of her life, playing the piano for many years, teaching Sunday School, and holding various officer positions in Women’s Mission Society.
Jane had a passion for traveling and was able to visit 49 states, many of them on bus tours with Harvey. She also fulfilled her desire to travel overseas by going to Oberammergau, Germany, to see the Passion Play.
Jane is survived by her children, Mark, Inman and Rhonda (Dave) Toews Moore, Inman; her grandchildren, Andrea Vandever-Moore (fiancé Dalton Sisson), Stillwater, OK, and Nickolaus Vandever-Moore, Buhler; and her sister, Helen Penner McKinley, Inman.
She was preceded in death by her parents; husband, Harvey; son, Bruce; siblings and spouses, Arnold and Katherine Penner; Louise Penner Thompson and Alfred; and brother-in-law Leigh McKinley.
Friends may call from 3 to 7 p.m., with family present from 5 to 7 p.m., Friday, January 21, at Inman Funeral Home. The graveside service will be held at 10 a.m., Saturday, January 22, at North Inman Cemetery with a service to follow at 11 a.m. at Inman Mennonite Church with Pastor Jack Norris officiating. The service will be live streamed on the Inman Funeral Home Facebook page and the Inman Mennonite Church Facebook page.
Memorial contributions may be made to Inman Mennonite Church or Pleasant View Home, in care of Inman Funeral Home. To leave a condolence for the family, visit: www.inmanfh.com.

To order memorial trees or send flowers to the family in memory of Jane Toews, please visit our flower store.

Family will be present 5-7