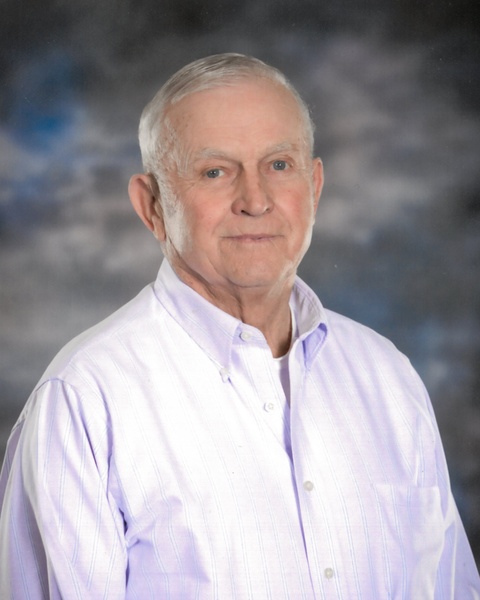 Eldo Pete Kroeker was born September 9, 1929 to parents Pete and Sara Kroeker in McPherson, KS and was sibling to Ernest, Ella, Amanda and John.  He lived in Inman, Kansas all his childhood days. One of Eldo’s favorite memories was walking home along the Rock-Island railroad throwing rocks. I guess boys will be boys. He would go on to graduate from Inman High School in 1947.

At age 21, Eldo went to Pax-an MCC service in Germany. He spent two years there rebuilding homes for people from Prussia. Being a conscientious objector, Eldo couldn’t serve in the war but he felt he could serve somewhere. “If other men serve in the war, then I need to serve somewhere” he said. Upon his return to Kansas, Eldo continued to serve his country through 1-W service. He worked for the Topeka State Hospital for the mentally ill. The work was challenging, but also very rewarding. During this time, Gracie Gima, a nurse from Hawaii was finishing her RN training in the very same ward on the very same shift. The two would meet and fall in love, and they married on August 16, 1954 in Hawaii.

In their early years of marriage, Eldo and Gracie lived in Inman Kansas. They became custom harvesters, cutting wheat from Texas to Montana running 3 Massey Ferguson combines. This was a very profitable business, but living on the road became a challenge once they began having children. So Eldo and Gracie bought a farm north of Hutchinson, where they began farming. They juggled raising registered black angus cattle and four children: Mike, Warren, Bruce, and Linda. Eldo even had a favorite horse named Buck, and two favorite dogs, Art and Benny.  Throughout the years, the herd grew along with the children and it truly became a family operation. Gracie would cook and feed the crew on the road, and the children would show their cattle across the nation, promoting the Kroeker Angus bloodline, they won many purple ribbons. Their success would lead to annual sales on the farm as well as private treaty sales. Together, they created a very beautiful life. Eldo was a member and Director of the Kansas Angus Association. He and Gracie were also nominated as Honorary Members of the Kansas Angus Association.

Gracie passed away October 6, 2002 with Eldo right by her side, where he always was.
Eldo was briefly married to Doris Price, but the two were ultimately destined for friendship.

Eldo was a member of Bethel Mennonite Church, where he served and taught Sunday School classes. He was an early founder and chairman of the MCC sale for five years. Eldo was a man of unwavering faith. He recalls a cold night at the age of 13 in his Inman, KS home when he heard a soft knocking. He realized it was Jesus knocking on his heart, asking to come in. It was on this night that Eldo accepted Jesus as his Lord and Savior. From that moment on, it was very important to him to make sure everyone he met knew Jesus.

Eldo passed away peacefully September 13, 2022 at Pleasant View Home. Although our family mourns this loss, we rejoice in knowing he is finally home with Jesus, Gracie, and his granddaughter Maggie.

He was preceded in death by his parents Pete and Sara Kroeker, his wife Gracie Kroeker, granddaughter Maggie Kroeker, brother Ernest, sister Amanda Neufeld, and brothers in law John Neufeld and Edwin Regier.

Visitation will be held on Wednesday, September 21, 2022 at the Inman Funeral Home, Inman, Kansas with family present from 5-7 pm.

Eldo’s celebration of life service will be held at Bethel Mennonite Church in Inman, Kansas on Thursday, September 22, 2022 at 1:00p.m.  Funeral services will be live streamed on Inman Funeral Home’s Facebook page.  Burial will follow at North Inman Cemetery.  Memorial contributions may be made to the KSDS in Washington, KS- A Guide Dog School, in care of Inman Funeral Home.  To leave a condolence for the family, visit: www.inmanfh.com.

To order memorial trees or send flowers to the family in memory of Eldo Pete Kroeker, please visit our flower store.