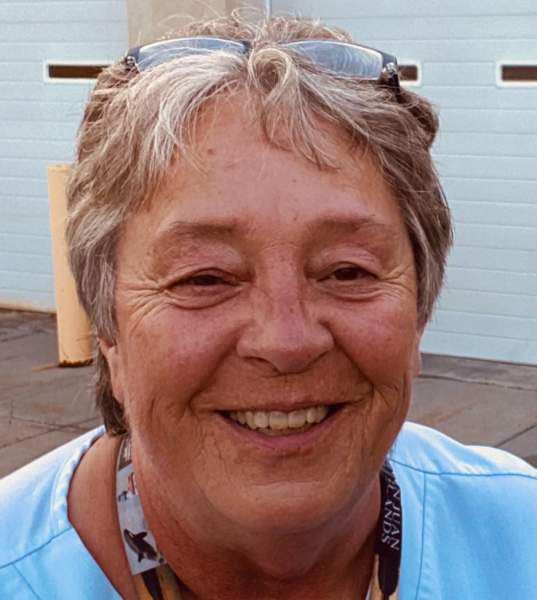 Mom was the second of four children born to Art and Helen Regehr, her older sister Kathleen and two younger brothers, Wayne & Roger. They grew up on the family homestead north of Inman, farming and running a prosperous hog business.

Nursing was Mom’s calling in life, and after high school, she attended Hesston College to pursue her degree. Upon graduation, she took a position at a mountain hospital in Pikeville, Kentucky, where she met Gary Kendrick; in 1978 they were united in marriage and settled back home in Kansas. Three children were blessed to Debbie & Gary: Joshua Douglas (Allison), Ashley Paige and Molly Rashel (Tyler). Their lineage produced ten grandchildren: Clayton, Colton, Kaleb, Harper, Hudson, Harlow, Halston, Perry, Sutton and Garrytt.

She is preceded in death by her parents and is survived by her siblings, children and grandchildren.

Mom passed away on June 6, 2022, after a brief but mighty fight with brain cancer.

Visitation will be held from 5-7 pm Thursday, June 9, 2022 at Inman Funeral Home, Inman.  The casket will remain closed. Please join us in a celebration of her life on Friday, June 10 at 1030am at Bethel Mennonite Church, Inman, Kansas, with the service being live streamed on both the funeral home facebook page and the church website.  Interment will follow at North Inman Cemetery.  Memorial contributions can be made to the Shriner’s Hospitals for Children, in care of Inman Funeral Home.  To leave a condolence for the family, visit:  www.inmanfh.com.

To order memorial trees or send flowers to the family in memory of Debbie Sue Kendrick, please visit our flower store.

The casket will remain closed