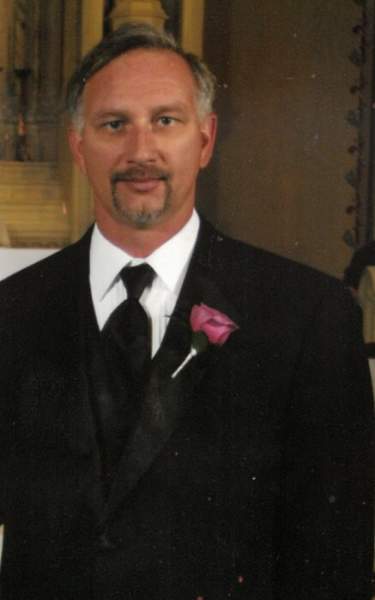 Daniel Joe Parr, 59, died July 13, 2021, from complications of ALS-Lou Gehrig’s Disease.  He was born April 4, 1962, in Canyonville, Oregon, to Joe and Jeanette VanArsdale Parr.  He attended school in Mullinville, KS and graduated in 1980 from Macksville High School.  He was a life long employee of several city municipalities including St. John, Macksville, and finishing out his career as city Superintendent of City of Inman, KS.  He retired in 2019 due to ALS.

He was a Christian, and his faith was a very important part of his life, being raised in the St. Bernard’s Catholic Church of Belpre. He was a 3rd degree Knight of Columbus.  Currently he was attending The Father’s House, Hutchinson, KS.  His faith kept him without fear throughout his illness.  Not one time did he ask, “why me.” His Mantra throughout his illness was James 1: 2-4 and he lived it.

Anyone who knew him knows he was a huge sports fan.  Fantasy football and baseball were his obsessions.

Per his wishes cremation has taken place.  A celebration of life service will be held at 1:00 pm Tuesday, July 20, 2021 at The Father’s House, Hutchinson.  Services will be live-streamed on the Inman Funeral Home Facebook Page.  Friends may sign the register book from 9-5PM at Inman Funeral Home on Monday, July 19, 2021.  Memorial contributions may be made to Mid America ALS Association or the Reno County Hospice House in care of Inman Funeral Home.  To leave a message for the family, visit; www.inmanfh.com.

I have fought the good fight. I have finished the race, and I have remained faithful.  2 Timothy 4:7

To order memorial trees or send flowers to the family in memory of Daniel Parr, please visit our flower store.