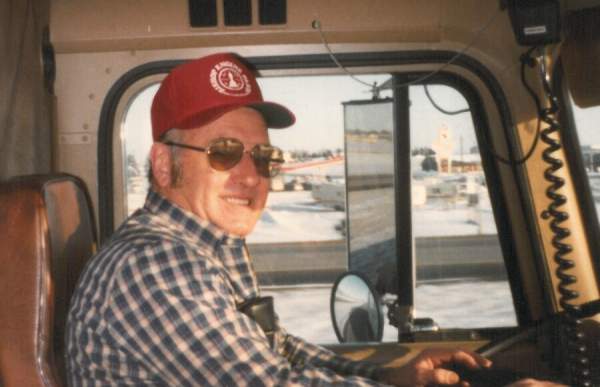 Clarence D. Ledbetter, 83, passed away at his home in Buhler on June 29, 2020.  He was born April 20, 1937 in Stone County, Missouri, the son of Amos Riley and Emma Francis Spitler Ledbetter.  He was a truck driver most of his life and had worked as a parts runner for Louie’s Service Center after retirement.  He loved to restore old tractors.
He married Phyllis Solida on May 28, 1983 in Hutchinson. She died January 6, 2016.

He was preceded in death by his parents; three brothers, Delmer, Jack, and Henry Lee; a sister, Lillie Fern; a daughter, Cheryl Lynn “Little Booger”; and a grandson, Charles Ledbetter, Jr.

Funeral services will be held at 10:00 a.m., Monday, July 6, 2020 at Inman Funeral Home.  Due to Corona Virus, social distancing will be observed.  The service will be live streamed on Inman Funeral Home’s Facebook page.  Burial will follow the service at Memorial Park Cemetery, Hutchinson.  Visitation will be held on Sunday, July 5, 2020 from 5-7 pm at the funeral home.  Memorial contributions may be made to the Hutchinson Regional Medical Foundation, in care of the funeral home.  To leave condolences for the family, visit: www.inmanfh.com.

To order memorial trees or send flowers to the family in memory of Clarence D. Ledbetter, please visit our flower store.