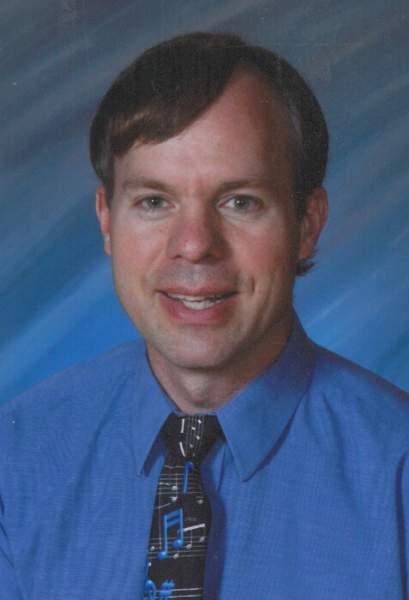 He was born April 5, 1963, in Moundridge, the son of Harvey R. and Jane Penner Toews.  He was a graduate of Inman High School and received his Bachelor of Arts in Music Education from Bethel College, North Newton.

Bruce was a resident of Neodesha for the last 32 years.  He spent his entire teaching career of 30 years as the kindergarten through 6th grade vocal music teacher in the Neodesha school district.

He was a lifetime member of the Inman Mennonite Church.  He also attended the Neodesha United Methodist Church, where he played the organ and piano and was involved in their Vacation Bible School program.

He was preceded in death by his father, Harvey Toews.

Memorial contributions may be made to Inman Mennonite Church, Kindred Hospice, or Neodesha United Methodist Church, all in care of Inman Funeral Home.  To leave a condolence for the family, visit: www.inmanfh.com.

To order memorial trees or send flowers to the family in memory of Bruce Andrew Toews, please visit our flower store.