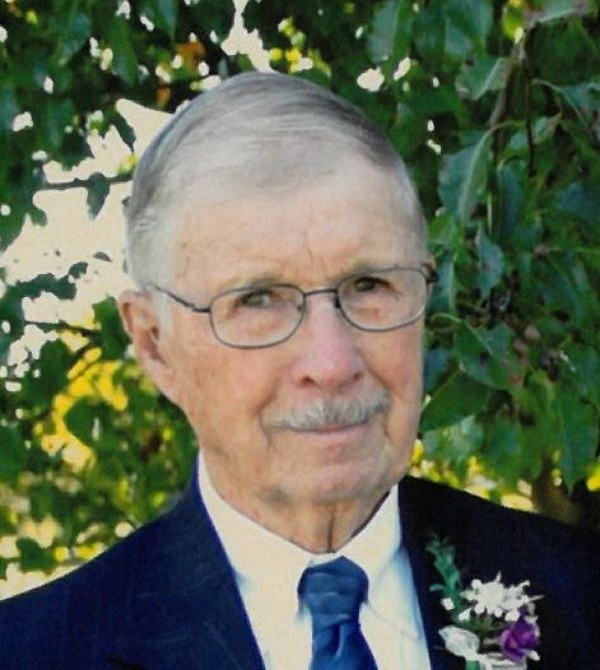 He married Stella Ann Martens on December 3, 1947, in Inman, KS. They shared almost 64 years together before she passed away on September 11, 2011.
Ben worked as a farmer and in construction. He was a friend to all and loved spending time at coffee but most of all spending time with his children, grandchildren, and great grandchildren. The “Littles” were the joy of his life. He enjoyed going to the sale barn, ball games, visiting on the front porch, reading, his bible was often open on the table, and was a dedicated prayer warrior for his family and friends. Ben loved going to rodeos with Stella and later taking grandkids and the whole family. He was the best peppernut baker and shared them with many.
He was a a lifelong member of Zoar Mennonite Brethren Church, where he held many positions through the years.
He is survived by his children; Lois (Gail) Wiens, Inman, and Lyle (Donna) Thiessen, Hutchinson; grandchildren and great grandchildren, Patrick and Molly, Ben, Annie and Sean Thiessen, Arvada, CO; Laura and Jon, Declan, Allie & Claire Paine, Olathe, KS; Joel, Rachel, Kate and Abby Wiens, Wichita, KS; Daniel, Ashley, Cooper, Dietrich, and Stella Wiens, Inman; his brother and sisters, Bruce (Verbie) Thiessen, Inman, Sophia (Jim) Stephens, Inman and Eva Friesen, Inman; sister in law Alma Thiessen, South Hutchinson, KayLee Thiessen, Denver, CO, brother in law, John (Florence) Martens, Inman; and many other relatives and friends.
He was preceded in death by his wife, Stella and his siblings, Phillip, Clarence, Leo, and Lilly Ann Pankratz; in laws, Emerson Pankratz, Pat Thiessen, Willie Friesen, and Irv and Rosella Pauls.
Ben was a hard worker, generous, humble, caring, fun-loving, and lived his Christian faith quietly and peacefully.
Visitation will be held from 5-7 Thursday, September 23, 2021, at Zoar Mennonite Brethren Church, Inman. Funeral Services will be held at 10:30 AM Friday, September 24, 2021, at the church, with burial to follow at Zoar Cemetery. Funeral service will be live streamed on Inman Funeral Home's Facebook Page. In lieu of flowers, memorials may be made to the Lumeya Internalional Ministries (Congo) or the Wichita Union Rescue Mission . Condolences may be left for the family at www.inmanfh.com.

To order memorial trees or send flowers to the family in memory of Benjamin L. Thiessen, please visit our flower store.