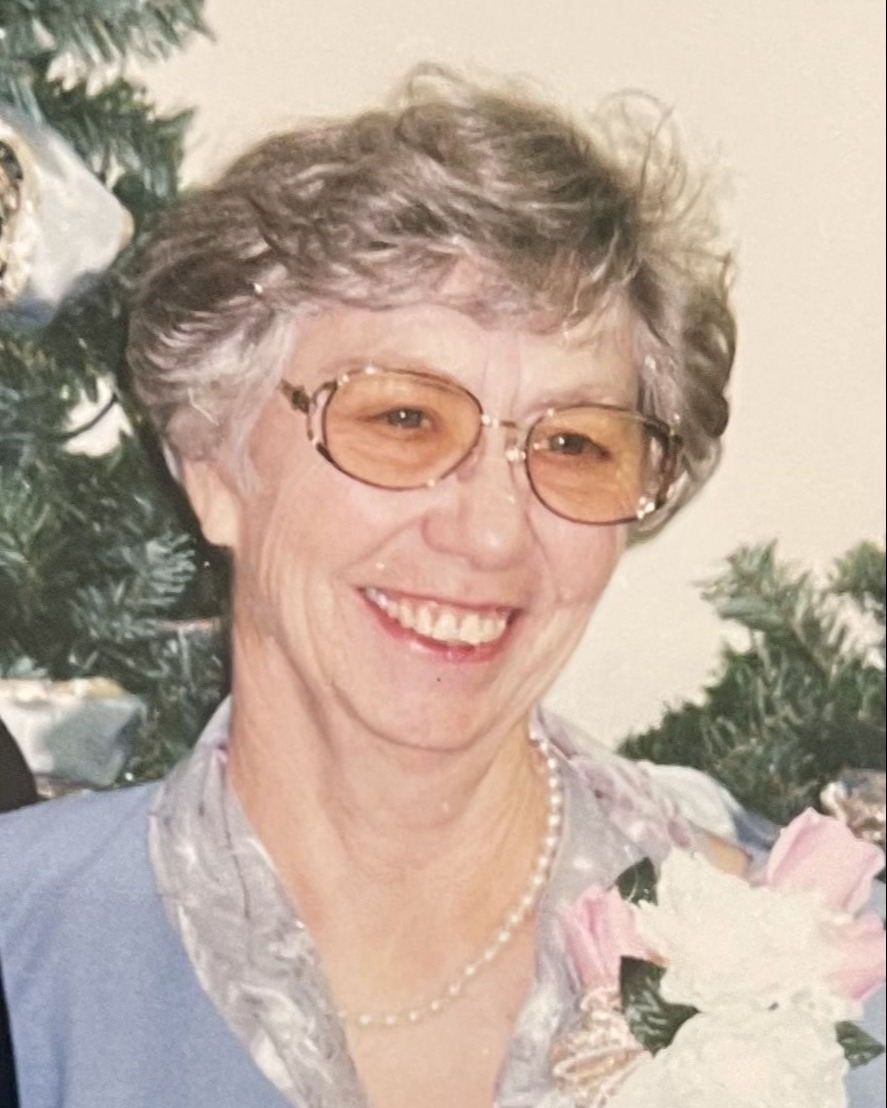 Allene Ivy (Day) Pauls was born December 6, 1938, in Beeler, Kansas, at home to Ivy and Everett Day and big brother Dean.  She attended Elementary through High School in Beeler with Graduation in 1956.  She worked hard on the farm during times of sickness and health of her parents and pursued Nursing School after High School.  She attended St Mary of the Plains in Dodge City for 2 semesters then on to Wichita where she graduated in 1959.  She met her husband, a farmer from Ulysses, Kansas in 1960.  They married September 17, 1961.  They started their lives farming alongside his brother Irv and sister-in-law Rosella until health issues forced a move from farming to Garden City, KS.  She worked part time in the Ulysses Hospital and Garden City at St. Catherine’s.  They adopted Merrile in 1963 and Luellen (Lou) in 1966.  In 1968 they moved to Dodge City, KS where she worked at Trinity Hospital and later worked at Humana Hospital in Surgery until retirement in 2004. She was heavily involved in church as church organist for many years at College Heights Nazarene in Dodge City as well as sang solo for weddings and funerals.  She volunteered her time in the care of the church building and grounds.  She and Eldon gardened every year and shared the bounty with others as well as providing care for her mother and uncle until their deaths.  They moved to Hutchinson KS in 2004 to be close to Eldon’s remaining family, Lou and her husband Max.  Merrile joined the party in Hutchinson in January of 2006. Nothing brought her more joy to her life than the love of the Lord and her grandchildren (Alex and Grant Wiens plus Aaliyah King, ward of Merrile) being close.  Allene was a lover of animals.  This love of animals was taught to her by her parents and grandparents on the farm at an early age and continued through her life as there were always pets near and dear to her heart.  After she moved to Hutchinson, she no longer kept pets at home, and the pets in her children’s homes became her “grandpets”.  Another love were plants and flowers- lovingly tending them was a great source of contentment and pride.  They were active since 2004 in Journey Mennonite Church in South Hutchinson where they have enjoyed fellowship with many friends.
Survivors include her husband, of the home; daughters Merrile King, Hutchinson and Lou (Max) Wiens, Inman; a brother, Dean (Bonnie) Day, Dodge City; grandsons, Alex, Wichita and Grant Wiens, Inman, granddaughter Aaliyah King, Billings, MT; and many nieces and nephews.

Visitation will be held 5-7 PM Friday, January 6, 2023, at Inman Funeral Home, Inman.  Funeral services will be held at 10:00 AM Saturday, January 7, 2023, at Journey Mennonite Church, South Hutchinson.  Graveside services will be held at 1:00 pm that afternoon at Hoffnungsau Mennonite Church Cemetery.   Memorial contributions may be made to Traditions Hospice or Cal Farley Boys Ranch, both in care of Inman Funeral Home.  To leave a condolence for the family, visit: www.inmanfh.com

To order memorial trees or send flowers to the family in memory of Allene Ivy Pauls, please visit our flower store.